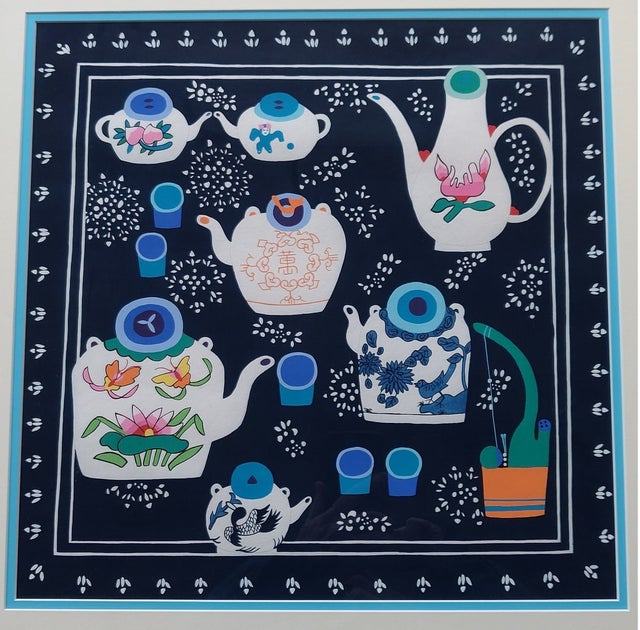 Chinese peasant paintings, or modern Chinese folk paintings, reflect a long history of traditions and customs. The paintings are deeply rooted in the daily lives and rituals of people who live in the countryside of China. Though the subjects are often inspired by or based on age old traditions including embroidery, batik, and paper-cutting - all skills that were passed down from generation to generation - the art is modern in nature, having only emerged in the last three decades.

Today, peasant paintings are done in some 40 villages throughout the country. Each village has its own characteristic art, but all reflect the rich past and culture of China. The paintings on exhibit here are from Jinshean village, which many regard as the preeminent center of peasant paintings in China. There are more than 300 painters here. Many of them Women, a fact notable in that until this art emerged women played no role in the traditional art scene of China. The paintings they create are unique and attractive, colorful and wonderfully evocative of life in Jinshan village. The painters, instead of just painting what they perceive, recreate the world as it appears to them and go beyond the surface of an object to its essence. Their paintings often combine their perception of objects at different times, in different places, and from different viewpoints. Usually, there are several visual impressions in one painting, and this forms an unusual yet appealing pattern. Distance is not presented through size or shades of light, but through concept.

When the Jinshan peasant paintings were first exhibited in the China Art Gallery of Beijing, they caused a sensation, not unlike the reception accorded Japanese woodblock prints in Europe at the turn of the century. The paintings have attracted the attention of people from many countries, and have been exhibited in France, Germany, Japan, Belgium, Norway and the US.

It is important to note that each painting is an original, although many similar paintings may exist. In fact, one artist will painting the same basic painting over and over. The media is a combination of water colors and chalk, which gives the coors their vibrancy.

Over the years, Jinshan peasant paintings have become highly regarded in many places, and are now starting to appear in museum collections and private collections around the globe.